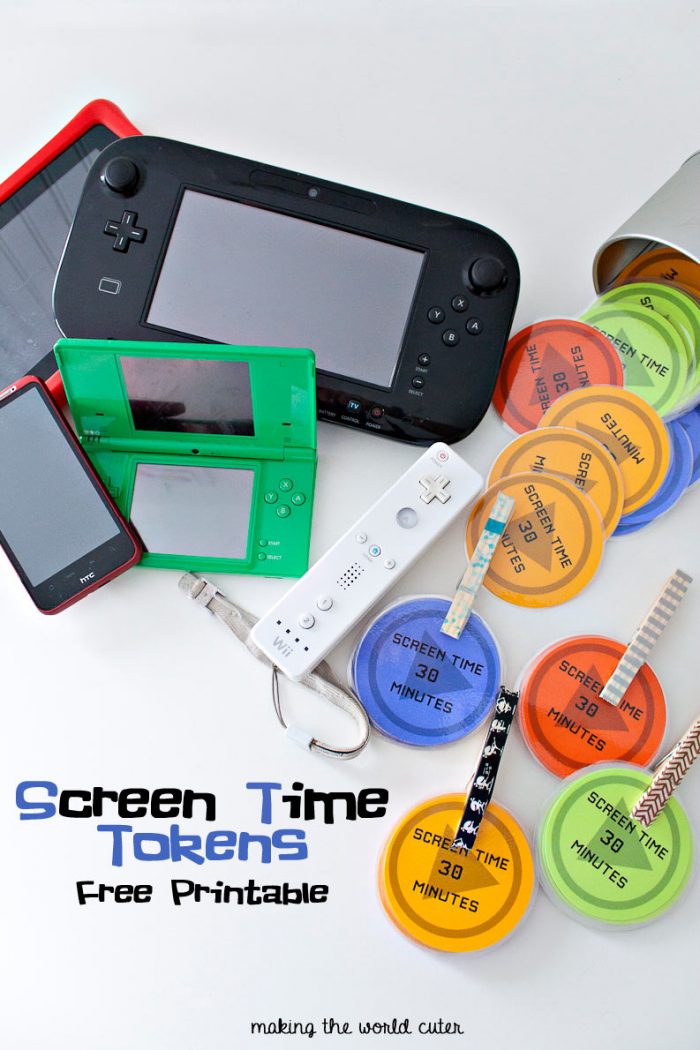 This post has been in the works since about mid May. I wanted to iron out all the kinks and figure out exactly what our system would be before I shared. I have to say, I feel really good about this fun reward system…using screen time tokens with my kids has been a lifesaver this summer! I’ve tried a few things, and have finally settled on what works best for us.

The first thing I did was print these fun screen time tokens out on my kids favorite colors of card stock. This helps me know which tokens belong to which kid. I used a push play button as the design and really love how they turned out. 🙂 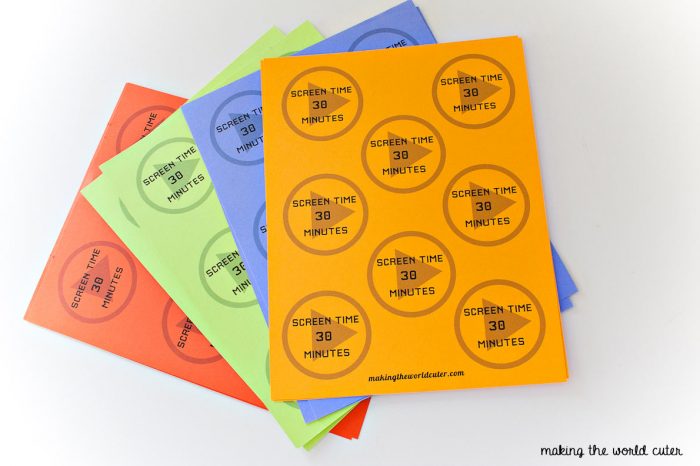 I then cut them out and laminated them for durability. This isn’t necessary of course, but it has been great to keep them looking nice and new. I had an old hot cocoa container that I rinsed out and peeled off the label. This has been what I keep them stored in and out of reach of little sneaky hands. 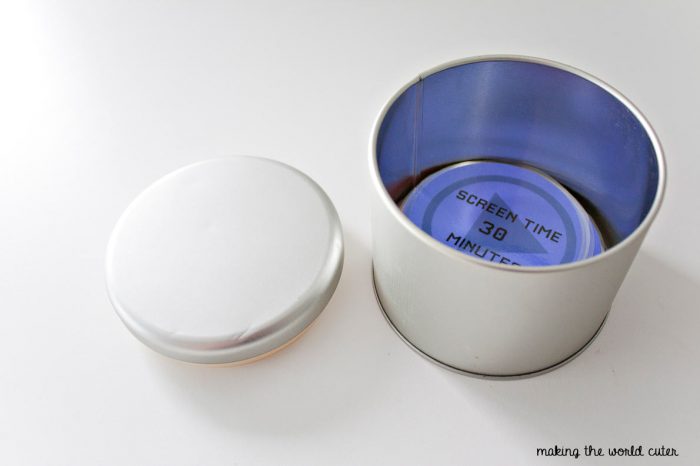 We first started giving each kid 14 tokens at the beginning of the week so that they could have an hour a day, or use them up in a few days, or save them for the weekend…whatever they chose. They could earn extra tokens by doing extra chores.

For my family this just didn’t work. First of all, it was annoying to me having them come to me at any time of the day asking me to set the alarm (I just set a simple alarm on my phone so I don’t have to watch the clock). Second, my boys would manipulate the system, using the tokens up at the first of the week without so much as a helpful bone in their body, to doing anything they could for me and their dad the second half of the week to earn more. They were spending way too much time on the screens which was what I was trying to get away from in the first place.

We tried saying they couldn’t use them until jobs were done, which sounds good in theory, but when a kid is waking me up at 6:30 am telling me that their jobs are done and they are ready to use a token…well let’s just say that a woken up mama on a day she didn’t need to get up that early for a video game is an unhappy mama. 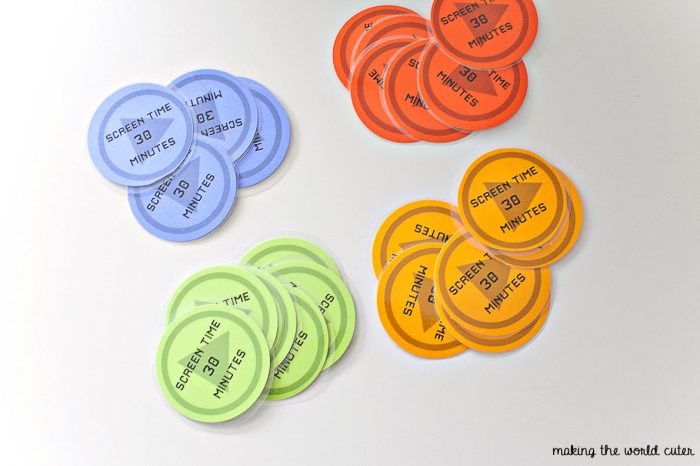 What finally has worked PERFECTLY is not giving them any at the beginning of the week. Once we are all up and doing chores, after breakfast and practicing piano I give them each 2 tokens…as long as they had a good attitude.

They are still using their punch cards (modified) for their jobs, so if they have any leftover tokens at the end of the week they can trade them in for extra punches (money). You could also use a reward system like treats, toys, trip to the movies etc…but my kids are most motivated by money so that they can buy their own, so that’s what we’ve been doing.

I’ve also taken tokens away for misbehavior…if they don’t have any, then I tell them they don’t get them the next day.

It’s worked like a charm, and our summer has been pretty quiet as far as screens are concerned. If they don’t have a token they can’t play…simple as that! 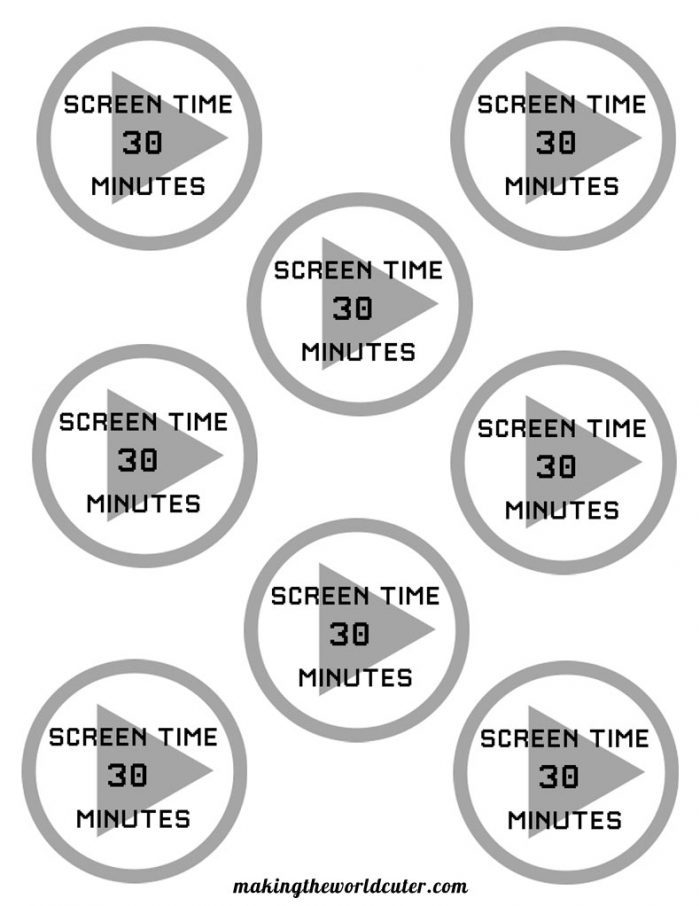 You can download the free printable Screen Time Tokens here.