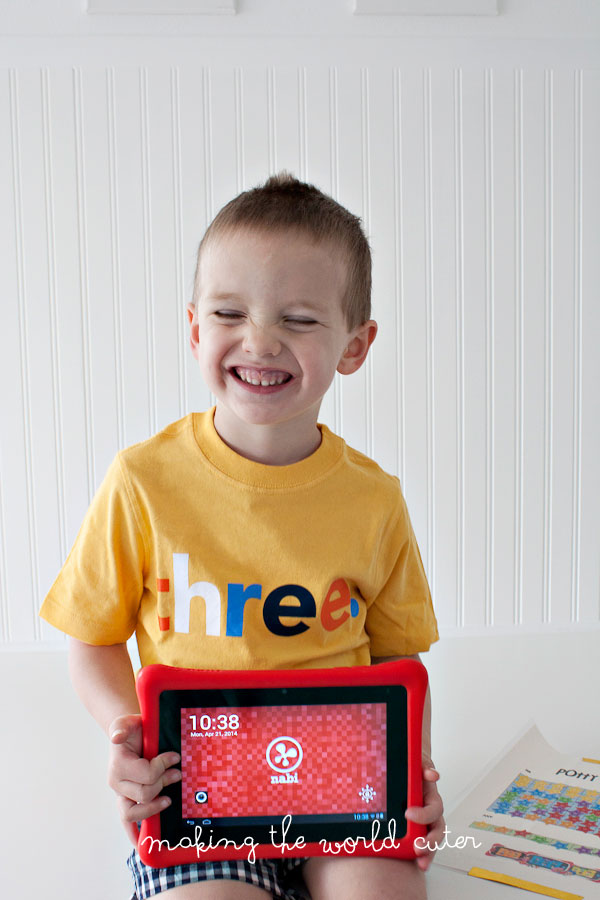 It’s official, official. We are officially out of diapers here at the Hewlett house! It’s been official for a while, but I didn’t want to jinx it by saying so just to have him go back the next day. He has been diaper free for about 2 months though, so I think we’re in the clear! He had so many starts and stops, I was sure I was going to be changing this kid in kindergarten, so I am still jumping for joy about this! The thing that FINALLY got him to say okay, I’m ready…just your basic little potty training sticker chart. 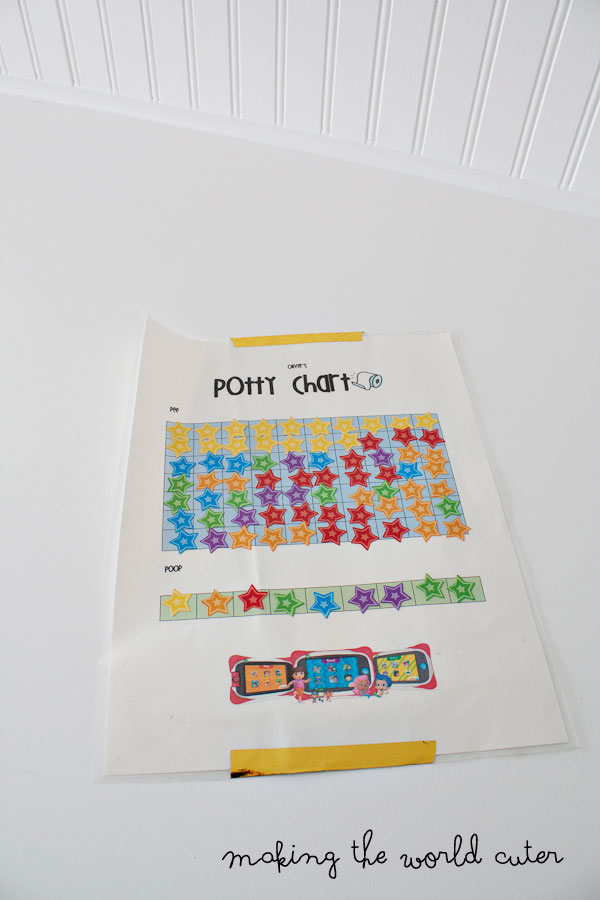 Yes, his reward was a tablet. Don’t judge. He was always stealing his dad’s and mine and figuring ways around how to download things so we knew we wanted to buy him a Nabi. The other kids all have their video games and he didn’t have anything like that, so he would have been a little sad about that. Anyway, so that’s why we justified buying him something this expensive for being potty trained. Usually, we go to Target and let them pick something in the toy aisle, this was just a slightly more expensive toy aisle. Hey, it worked!

And so did the stickers. He loved adding stickers every time he went and picking out the color. I laminated it and hung it outside the bathroom so that it lasted long enough. Because we were getting him such a big reward, we took stickers off for accidents. He REALLY didn’t like seeing his stickers get thrown away, but you know what? I didn’t enjoy cleaning poop out of his underwear! This was a way to silently yell at him without actually doing it because some days I really wanted to, and I know that wouldn’t have been productive. 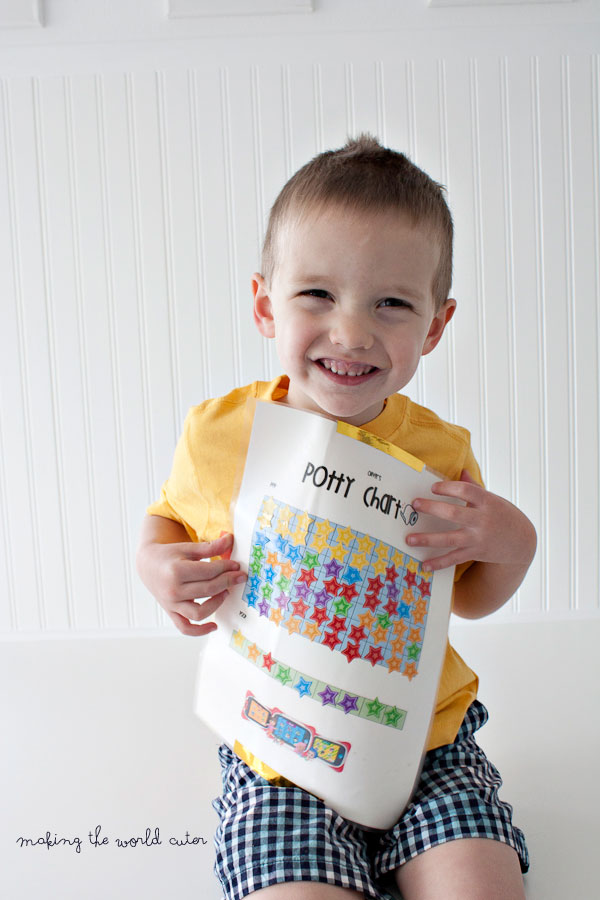 It took a lot longer to fill out that way, but that way I knew when it was full, he would really and truly be potty trained. And he is. Even through the night. Can I just get a hallelujah!?! 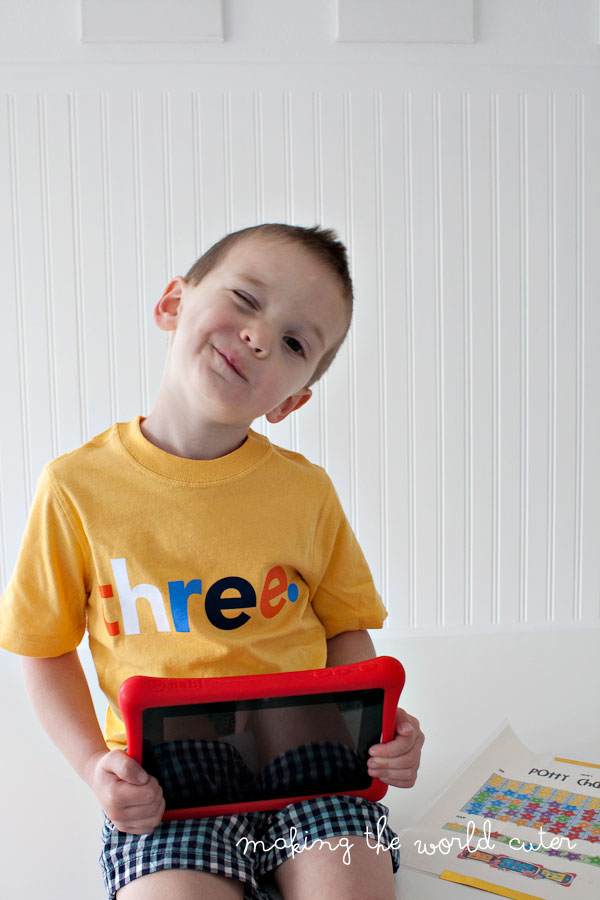 Here is the sticker chart if you want to download it for free. You can customize it with your child’s name and add a big prize at the bottom (like we did) and even some little prizes at the end of each row, like candy, ice cream, hot wheels, bubbles…whatever will get your kid motivated! In case you’re wondering on the font, it’s called Wish I Were Taller, and you can download it HERE. 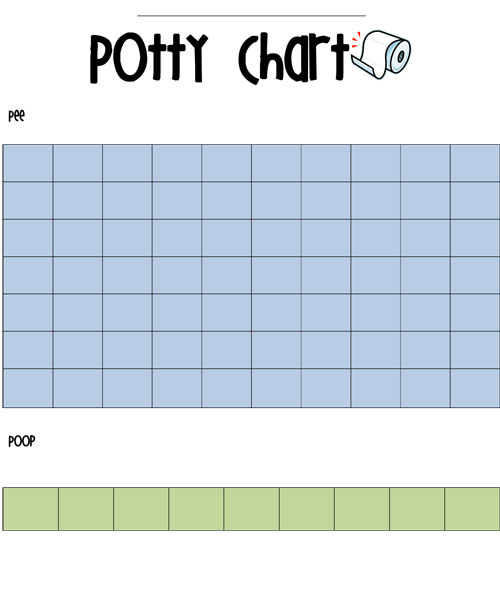