Print these pinewood derby certificates for your next race! 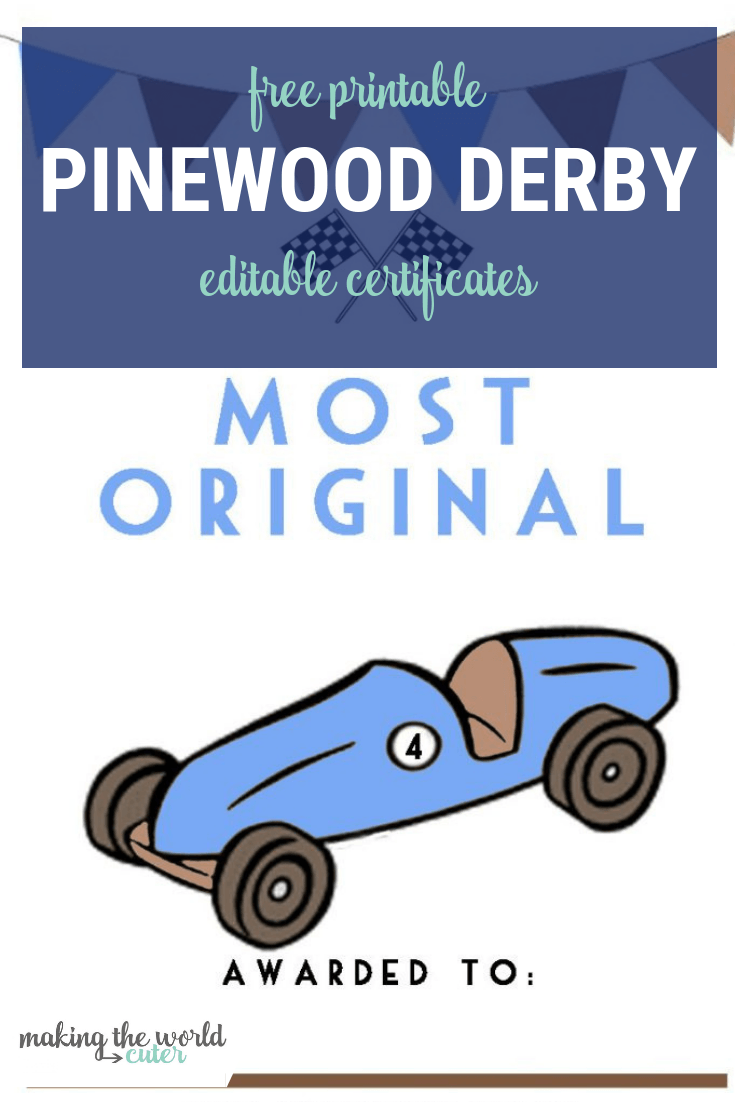 Do you have a scout? I’ve had THREE.

As you know the most anticipated night of the year for most scouts is the Pinewood Derby! I got asked if I could make some certificates to hand out to some of the boys for car awards; things like most colorful, most original, best use of comedy, most imaginative etc… I pulled some things together and came up with these little Pinewood Derby certificates and thought I would share just in case any of you are in need of some too!

My husband and boys love doing the pinewood derby, designing and cutting, choosing colors and doing practice runs. I know there is a lot of controversy over dad’s doing most of the work for something that is supposed to be for just the kids…I like that my husband and boys have this together. My husband has such fond memories of doing the same thing with his dad. They plot and plan together, spend hours sanding and getting things just right.

A Pinewood Derby doesn’t have to be just for scouting, we’ve lived in places before where dads get together to do one of these. It would also make a great birthday party idea, or summer party for your older kids.

I have been wanting to do this forever-give some of your friends a pinewood derby car kit a week or two in advance and plan a couples group date night where everyone brings their cars for a fun race night with food and awards and the whole bit.

You can take these into Photoshop and edit them however you want to, change the colors and add in awards. For the font I used one called Motor Oil 1937 so be sure to download that before you try to edit these if you want the same look! In your editing program you can choose the color, the color I used for the text is #79a9f3.

Print these out on card stock and cut in half. You can buy some candy bars, toy car or trophy to go with them to really make it a fun award. 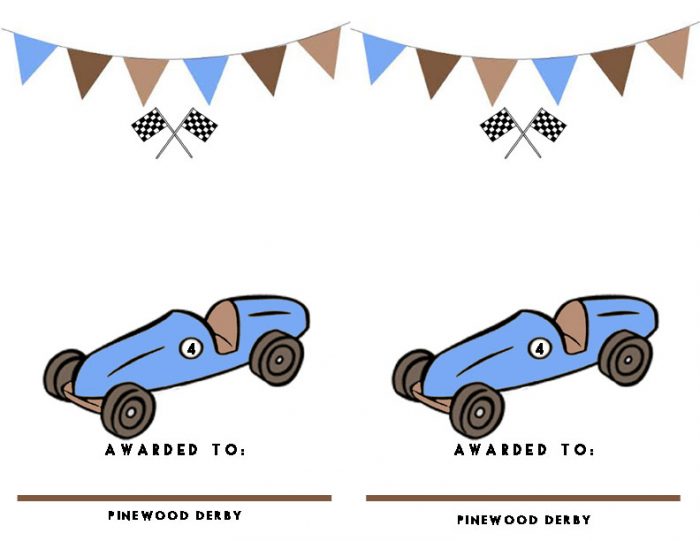